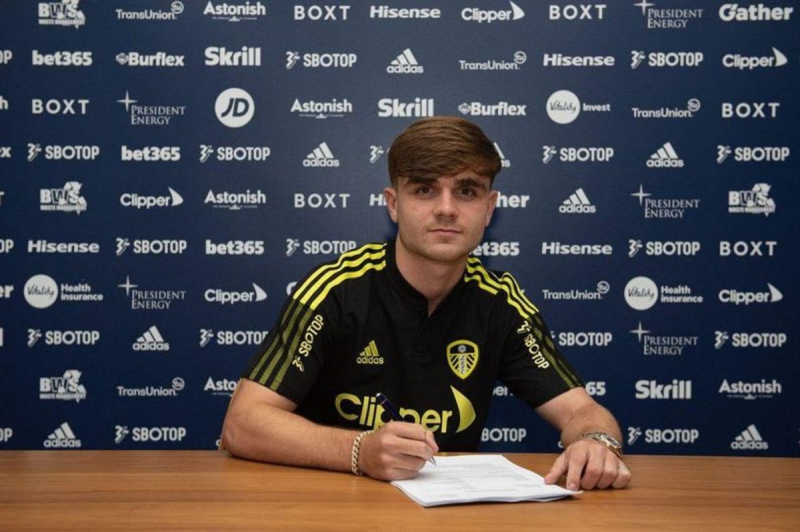 Lewis Bate has moved to Leeds United from Chelsea, with the 18-year-old midfielder snubbing interest from the likes of Liverpool, Southampton and West Ham to move to Elland Road.

Bate was one of the most highly regarded youngsters in the Chelsea academy last season and even featured on the bench for the first team on three occasions.

The move will cost Leeds around £1.5 million, with Bate committed to the club for three years.

Rather than say with the London club, though, he has elected to try his luck elsewhere. But why is this the case and why did he pick Leeds over Liverpool, another club that will compete in the Champions League next season?

According to The Athletic, Bate’s reasons for leaving Chelsea one year before the end of his contract were clear: he wants a clear pathway to the first team and he feels that is not on offer currently at Stamford Bridge.

It well known that he was a favourite of Frank Lampard and assistant boss Jody Morris, but following the departure of that pair in January, his prospects of playing time grew less. Additionally, the Athletic adds, the recent rapid development of Billy Gilmour, who has been moved on loan to Norwich, has further hampered his opportunities to get playing time.

Leeds, meanwhile, have a squad profile that will allow Bate the opportunity to impress sooner or later. They have an aging group of central midfielders, and their technical style combined with combative attitude means that he is well suited to Marcelo Bielsa’s philosophy.

Furthermore, the Argentine will keep a close eye on him at Under-23 level, with his knowledge of the youth team extensive.

He would not have been as immediately as important either at Chelsea or Liverpool.

The type of battle that saw several Premier League clubs fight Leeds for Bate is one that can be expected to become frequent in the years ahead as teams attempt to stockpile young talent that has become even more precious due to Brexit, which means that foreign players have become more difficult or in the case of under 18s impossible to sign.

Leeds are well set up for this new reality, with their signing of Bate from Chelsea evidence of this.