Skip to content
Home / football / Could Arsenal beat Juventus to the signing of Locatelli?

Could Arsenal beat Juventus to the signing of Locatelli? 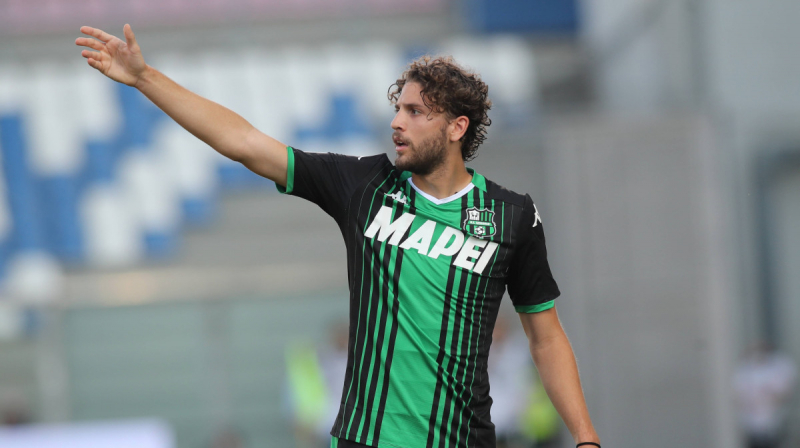 Arsenal’s attempts to pull Mikel Arteta’s side out of mid-table obscurity next season seem to rely on spending plenty of cash in the summer transfer window.

Not only have the club already signed an exciting, young left-back in the form of Nuno Tavares but they’re also expected to sign Albert Lokonga from Anderlecht in the coming weeks. Add Ben White from Brighton & Hove Albion to that list and it’s already an impressive list.

However, the one player that seems to really get fans of the London club excited is Sassuolo midfielder Manuel Locatelli. And they’re apparently in pole position to sign him.

According to Goal, Sassuolo have just rejected an offer from Juventus for the midfielder that would have eventually netted the Serie A club €30 million. But apparently holding out for a €40m offer from Arsenal.

So will the London club finally put their money where their mouth is and snap up one of the break-out stars from Euro 2020?

While it remains to be seen whether Arsenal can afford to fork over €40m for Locatelli this summer, it does seem as though they’re clearing space for him in Mikel Arteta’s squad.

The club have already loaned Matteo Guendouzi to Marseille, while Martin Odegaard and Dani Ceballos have both returned to Real Madrid after their loan spells in London.

As well as that, it now seems as though Granit Xhaka could be heading the opposite way in a €20m move to Roma. Which means Arteta is already down four central midfielders from last season.

However, that doesn’t mean Locatelli is on his way to the Premier League just yet. Not only would Arsenal have to overcome the reported €40m asking price for the player but may also have another player arriving at the club in the exact same position, in the form of Lokonga from Anderlecht.

How Man Utd could line up with Sancho and Varane

Why Manchester City are still intent on selling Raheem Sterling