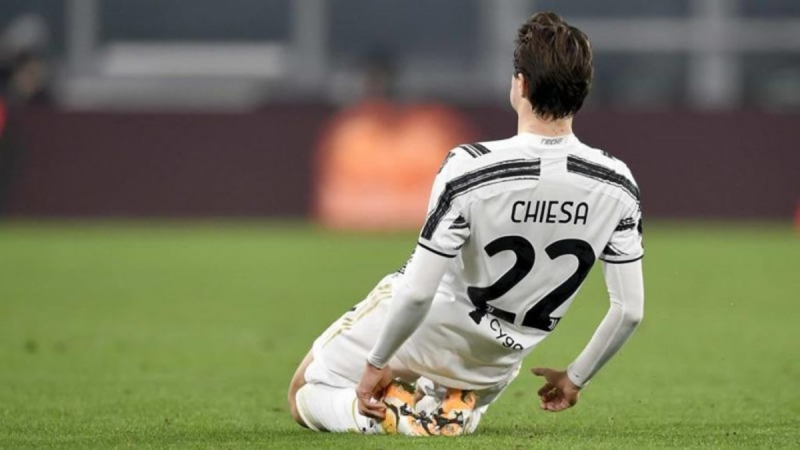 Liverpool will need to make some substantial gains in the summer transfer window if Jurgen Klopp and his team hope to challenge for the Premier league title next season.

Of course, the return of injured players like Virgil Van Dijk will act like new signings for the Anfield side, but the club will know that they need to be constantly improving on what they have or else they run the risk of being left behind.

Liverpool have already begun this process with the signing of central defender Ibrahima Konate from RB Leipzig, who should prove to be an ideal long-term partner for Van Dijk in defence.

However the Anfield side have yet to add to their attacking talent. Well, at least until now.

According to a report in Repubblica, the Premier League giants have tested the resolve of Juventus with a £100 million offer for Federico Chiesa.

The Turin side duly noted the offer and quickly rejected it, according to the Italian publication. But how much do Liverpool really need a player like Chiesa and how much should they be willing to spend on him?

Chiesa is one of the most sought after players in Europe at the moment following his heroics for the Italian national team at Euro 2020 and an impressive season at Juventus that saw him bag 15 goals and 11 assists in 46 appearances.

And in many ways it’s easy to see why Liverpool would be interested in signing the Italian winger.

Not only is Chiesa an excellent, young player in his own right but his ability to play on either wing or even up front would undoubtedly make him an invaluable asset to Klopp’s team.

While the Anfield side have exceptional forward players in Mohamed Salah, Sadio Mane, Roberto Firmino and Diogo Jota, their strength in depth behind each of those players is notably lacking. And in Chiesa the club could sign one player that would happily fill in across the front line as needed.

It just depends on how much Juventus really want for their young star and whether Liverpool would be willing to match it.