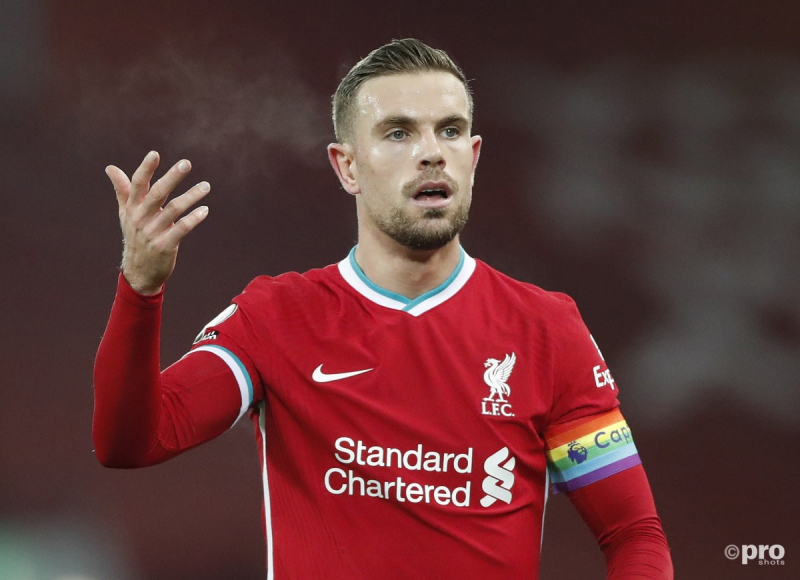 Liverpool are currently sweating over the future of Jordan Henderson after reports emerged this week that talks over a new contract for the club captain have stalled.

Henderson’s current deal with the Reds runs out in the summer of 2023 and the club are naturally keen to extend it due to his service, as well as the success he has helped bring to Anfield.

Over the past four years, the England international has captained Liverpool to their first ever Premier League title as well as two Champions League finals, the second of which versus Tottenham was won in 2019.

However, Liverpool currently find themselves in a sticky situation with regards to a number of big stars.

As well as Henderson; Virgil van Dijk, Mohamed Salah, Roberto Firmino, Fabinho, Xherdan Shaqiri, Naby Keita and Alex Oxlade-Chamberlain all have contracts which run out in the summer of 2023.

Crucially, a lot of those players are already in their 30s or are approaching their 30s, which means Liverpool must decide whether to offer lucrative long-term deals to a number of ageing players within the squad.

The uncertainty has now started to show in the negotiations with Henderson, according to The Athletic.

If no deal can be agreed upon, Henderson will reportedly look to move on rather than seeing out his remaining time at Anfield.

That has alerted both Atletico Madrid and Paris Saint-Germain, who would both allegedly be interested in bringing the Liverpool captain to Spain or France.

Could Henderson move to PSG?

On the face of it, this seems like an unlikely move for both Henderson and PSG.

Although PSG don’t seem to be caring too much about their wage structure at the moment as in the middle of a pandemic they have brought in Wijnaldum and Sergio Ramos on mega wages while spending €70m on Achraf Hakimi, the acquisition of 31-year-old Henderson doesn’t make too much financial sense.

He will command exorbitant wages like the others and will have no re-sale value.

However, PSG are very much a club looking for success in the short-term, so it is not outwith the realms of possibility that they could look to recruit serial winner Henderson.

Judging by recent comments from head coach Mauricio Pochettino, Henderson actually fits the profile of players he is looking for.

Should Henderson leave Liverpool for PSG>

“What we are looking for in all players that we want to see in the Paris Saint-Germain shirt is personality and a winning mentality,” the former Tottenham boss told the official PSG website.

“These players that we have signed have won things at different clubs, but most importantly, they haven’t won anything here yet and they will do everything they can in order to do so. Their objective will be to help the team to reach the top. That’s the most important thing.

“The most important thing is the game management with the ball and without it. We need to be agressive, we need to have clear connections and a clear philosophy when we lose the ball.

“And, I think that for a club like Paris, the key lies in the way we recover the ball, the commitment and desire that each of the 11 players that are out on the pitch show when we we don’t have the ball. That we have that agression and collective effort in order to leave the opposition with very few options. I think that will be the key.

“Outfield players like Achraf Hakimi, Gini Wijnaldum or Sergio Ramos already have this mentality and I think that it will do a lot of good to the team to have these three players who are able to bring these kind of ideas to our ranks.”

At first Henderson to PSG appeared an unlikely scenario, but money talks, after all.