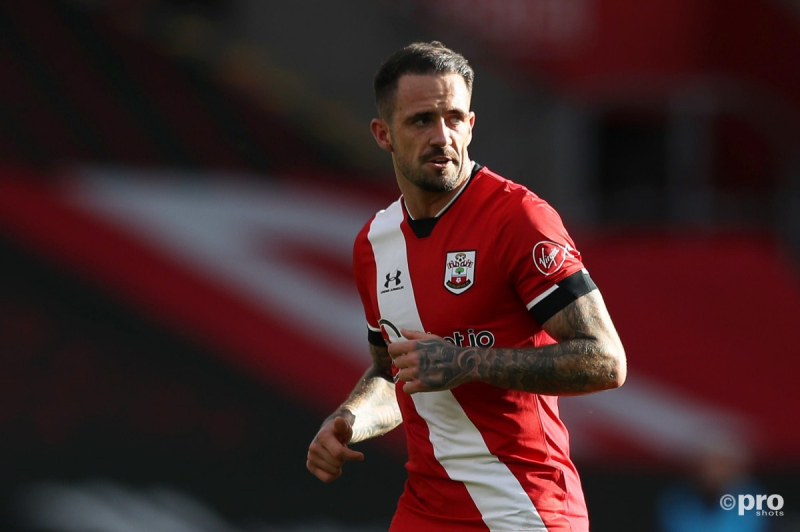 Danny Ings seems destined to leave Southampton this summer, and with his contract at St Mary’s expiring next year, the club may well be forced to sell now in order to at least receive a transfer fee.

The striker has rejected a new deal, and feels as though a move to a top club is on the cards, hence why his name has been in the news so much this transfer window.

Tottenham have been the frontrunners for his signature for almost a year now, with the Lilywhites wanting him as either a replacement for Harry Kane, or to play alongside the England captain in a front two.

However, in recent weeks, both Manchester United and Manchester City have reportedly entered the race, according to TalkSport. The two rivals both view a centre-forward as somewhat of a priority this summer, although thanks to Sergio Aguero’s departure, and Edinson Cavani’s contract extension, it’s certainly more of a pressing issue for the blue half of Manchester.

With Southampton experiencing a woeful second half of the season, and ending up down in 15th, despite leading the English top flight table for the first time in 32 years back in November, it’s no surprise that Ings wants to leave.

Keen for redemption after spell at Liverpool

This is not the first time that Ings has been linked with one of England’s biggest clubs, and back in 2015, he managed to secure a move to Liverpool.

That came off the back of an impressive four-year spell at Burnley, during which time he scored 43 goals and assisted 14 in 130 games. He netted 20 goals to fire the Clarets to promotion from the Championship in 2013/14, and then scored 11 in his first Premier League season.

That prompted Liverpool to pay £7.5 million for his services. However, after missing a total of 85 games through a cruciate ligament rupture in 2015/16, and knee surgery in 2016/17, Ings played just 25 times for the Reds – nine starts, scoring four goals was his tally.

It was a spell marred by injury, and Ings never really had the chance to prove himself on the biggest stage. After three successful years at Southampton, it’s time he made the step back up to a big club.

Man City and Man Utd in need of a centre forward

Man City fall more into this category than Man Utd, but both clubs are in need of a true number nine. Right now, Sergio Aguero’s departure has left a gaping hole in Pep Guardiola’s side, and if primary target Kane can’t be acquired, then Ings is a good alternative.

At the moment, Gabriel Jesus is the only senior option, and whilst Liam Delap impressed thoroughly for the U23 side last year, with 24 goals in just 20 games, he probably isn’t ready to make a meaningful impact in the first-team.

Guardiola often deployed Kevin De Bruyne or Phil Foden as a false nine during last season, with Jesus sometimes being used out wide, so, they lack a real out-and-out centre forward and Ings could be the answer.

The Cityzens’ pursuit of Kane looks to have stalled, and if Ings holds on for a little longer, they may come calling for him as an alternative.

As for United, Edinson Cavani is clearly the number one choice, but at 34-years-old, he can’t play every game.Mason Greenwood has become increasingly utilised as a number nine in the first-team, and is seen as the long-term option so will fill in when Cavani need a rest. However, Ings could be a good option for the here and now, and having another option could be crucial as the club fight on multiple fronts next year.

Furthermore, Marcus Rashford is undergoing shoulder surgery and will miss the start of the season, so having another forward option available may prove vital.

Another key reason why Ings should wait for the two Manchester clubs is that he doesn’t seem to have a choice. At the moment, Southampton are yet to receive a bid of any kind for the Englishman, so he doesn’t have an alternative.

However, with a club like West Ham in need of a centre forward, his head could be turned by the Hammers. But, David Moyes’ men will likely still be sniffing around come the end of August, so Ings’ best bet could be to just hang on in there because surely someone will snap up a player with 38 goals in his last 65 starts in all competitions.