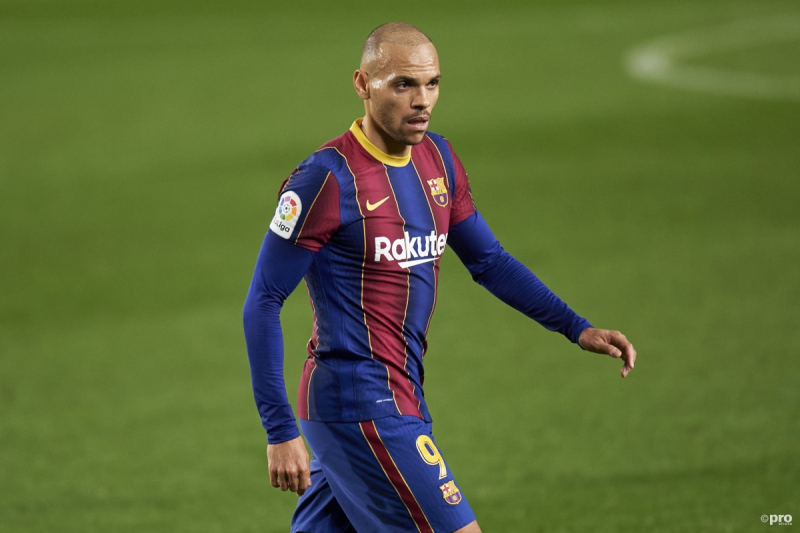 Martin Braithwaite is set to be the latest weapon used by Barcelona in a bid to ease their financial worries and help them generate money to allow Lionel Messi to re-sign for the club.

Braithwaite has been at the club for around 18 months, having been scrambled from Leganes in February 2020, when he arrived as an emergency transfer due to injury problems at the club.

Barcelona spent a princely €18 million on the player, matching his release clause but above his typical market value. Now, with the club desperate to find funds, they are hoping to sell him for around €15m.

Braithwaite’s return is hardly promising. He has managed only three league goals in 40 matches for Barca, improving to eight in 53 in all competitions. However, working in his favour is the fact that he is coming off a strong Euro 2020 performance as Denmark reached the semi-finals.

And according to Sport, Barcelona have set a target of reaching that magical €15m mark for him as it would allow them to record a profit for the player. With interest from Premier League sides Wolves, West Ham and Brighton, this could be possible as that converts to £13m – a rather modest sum for a striker going to a club in England’s top flight.

Why a €15m sale would mean a profit on Braithwaite

Although Braithwaite was bought for €18m, if he were sold for €15m, it would be considered as a profit on the player for accounting purposes, which is vital from Barcelona’s perspective now.

This sounds strange but there is logic behind it.

For accounting purposes, Braithwaite’s transfer fee is divided by the number of years he has on his contract, meaning that Barcelona are considered to buy him in a certain number of payments over an extended period of time.

As he signed a four-and-a-half year contract, the €18m that Barca spent on him is split up into 4.5 payments – one for each year of his deal. These are worth €4m per season.

Working along this logic, since Braithwaite has been with Barcelona for one-and-a-half season, the Camp Nou side are considered to have paid €6m of his transfer fee in their accounts.

They still have an outstanding debt of €12m as far as their accounts are concerned, but if they sell him for anything more than that, it becomes profit.

If Braithwaite were to move to Wolves, for example, for €15m, this would equate to a precious €3m profit for Barcelona.