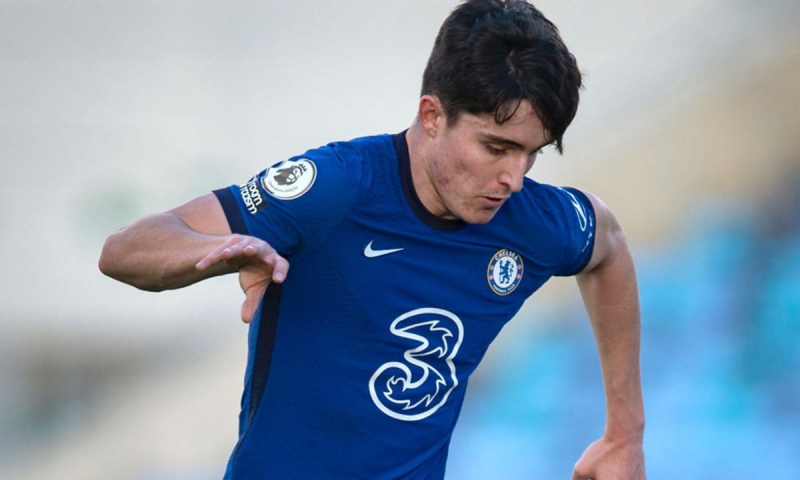 Chelsea could be set to lose another starlet after news emerged that 18-year-old Tino Livramento is on the cusp of joining Brighton.

Midfielder Lewis Bate, highly-rated at Stamford Bridge, is close to leaving Chelsea for Leeds Utd in a £1.5 million deal, as a number of young players at the club apparently consider their future.

Myles Peart-Harris, Dynel Sime and Ike Ugbo are three other academy players who could leave on a permanent basis this summer, apparently looking for guaranteed first-team minutes elsewhere.

The exit of Livramento could prove to be a damaging one.

What position does Tino Livramento play?

Livramento features as a right wing-back or a right midfielder.

How old is Tino Livramento?

Livramento was born in November of 2002, making him 18 years old.

How good is Tino Livramento?

Livramento is Chelsea’s Academy Player of the Year for 2020/21 which can’t really be underestimated as the Blues have a plethora of talent in their youth squads.

As a wing-back, he is expected to contribute both in defence and attack, and he does so.

In his last full season with the Chelsea youth team he recorded an impressive 13 assists and three goals in 26 appearances.

“I love the academy boys. We have Anjorin and Livramento regularly joining training. The academy has outstanding quality.

“Every club who has young guys constantly coming in making it, it creates a bond in the club and supporters.”

Livramento joined Chelsea’s youth ranks as an Under-9 and steadily progressed through the age groups.

The 18-year-old is yet to make his senior debut, but was included on the bench for Chelsea’s Premier League fixtures against Arsenal and Manchester City respectivelly.

According to Goal, RB Leipzig, Milan and Southampton are interested in Livramento in addition to Brighton.

It Is believed that the player has thought long and hard about his future but ultimately believes he will not be give the opportunities at first-team level, at least not anytime soon.

At the moment, the Blues have Reece James, Cesar Azpilicueta and Callum Hudson-Odoi who can play in his wing-back role.

However, the decision to pursue Inter star Achraf Hakimi, a specialised wing-back, for €70m, is thought to be a major contributing factor in Livramento’s desire to leave.

Brighton are working on a transfer fee with Chelsea currently.

When does Livramento’s contract expire?

Livramento’s contract expires in the summer of 2022.