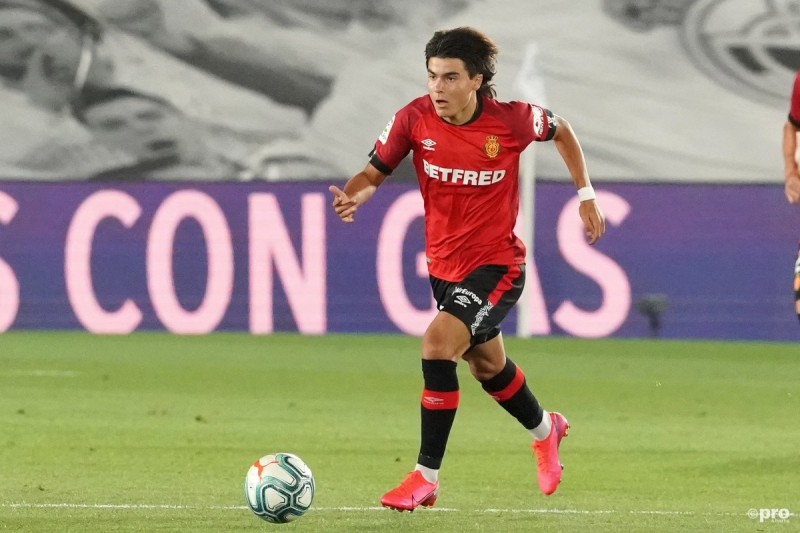 Wonderkid Luka Romero is on the cusp of joining Lazio from Mallorca, with the Serie A giants pulling off a coup to sign the talented 16-year-old.

Terms have been agreed between the two clubs, with only the formalities remaining to make the deal official.

Romero has came onto the scene over the last year after he became the youngest player in the history of La Liga, as at just 15-years-old he was given seven minutes off the bench against Real Madrid no less.

At just 16, he has already secured a massive move to Italy.

But, what kind of player is he?

What position does Luka Romero play?

How old is Luka Romero?

What is Luka Romero’s height?

How good is Luka Romero?

The fact that Romero made his debut at just 15 in one of the biggest leagues in the world displays the kind of talent the youngster has.

Due to his height and dribbling ability he has been compared, perhaps unfairly, to Lionel Messi.

In fact, he has been dubbed by many as the ‘Mexican Messi’ as he utilises his pace and bursting dribbles to get by opponents.

He was born on 18 November 2004, and is eligible to play for both Mexico and Argentina at a senior level – another reason the Messi comparisons have already started. His first coach at international level, Alejandro Sagesse, wants him to write his own story, however.

“He played a great South American championship. He has a big future,” he told AFA.

“The word is caution. We are talking about a kid of 15 years old. Does he play well? Yes, but his document says Luka Romero, not Lionel Messi.

“He has to write his own story. It is logical that they want to compare him because there are comparisons all the time, whether one agrees or not. This is an excessive comparison, he is being compared to a huge player.”

The previous record held for the youngest player in La Liga history dated back to 1939 when Sanson made an appearance for Celta Vigo at the age of 15 years and 255 days old.

Even though he is eligible to play for both Mexico and Argentina, Romero has expressed a desire to feature for the latter, saying to the AFA in 2018:

“My whole family is Argentine; my dream is to wear the Albiceleste shirt.”

Though Barcelona and Real Madrid were mentioned in passing, their interest was never concrete.

The two clubs who made the biggest effort to sign Romero after his release from Mallorca was Milan and Lazio.

Lazio have won the race for his signature, allegedly offering him extremely lucrative wages for a youth player as well as the promise of first team opportunities in the future.

Who is Luka Romero’ agent?

Romero is represented by Fali Ramadani.