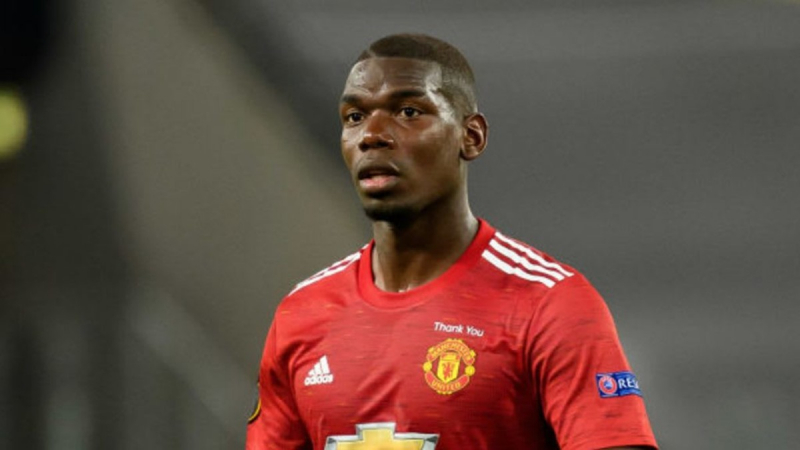 Manchester United were wrong to break their transfer record to bring Paul Pogba back from Juventus, in the opinion of former Premier League winger Trevor Sinclair.

Pogba was a promising member of the Man Utd youth squads prior to 2012 when he eventually left on a free transfer for Italy after becoming frustrated at the lack of first-team opportunities, despite his young age.

“It is disappointing. I don’t think he showed us any respect at all, to be honest. I’m quite happy that if they [footballers] carry on that way, they’re probably better doing it away from us.”

It was an acrimonious departure at the time, with Pogba going on to enjoy huge success at Juventus where he won four Serie A titles and two Coppa Italia titles, while he also helped the club reach the Champions League final in 2015.

The Frenchman formed one of the best midfield trios around alongside Andrea Pirlo and Arturo Vidal, and developed into a world-class performer himself in that position.

Despite allowing him to leave for free a few years previously, Man Utd opted to bring Pogba back to Old Trafford for a then-world record fee of €105 million in the summer of 2016.

Pogba was tasked with helping Man Utd get back to the big time and become contenders for the Premier League and Champions League once again.

That hasn’t happened, and although he has showed fleeting moments of class and brilliance, there are many who remain unconvinced by the World Cup winner in a Man Utd shirt.

In his five-year spell with the club, he only has one Europa League and one League Cup to his name.

One of the figures who has questioned the decision to sign Pogba back from Juventus is Sinclair, who believes Man Utd already knew the kind of personality he was from his first spell with the club.

“Its not best practice from Man Utd to let a player of Paul Pogba’s quality get into the final year of his contract,” he told talkSPORT with regards to Pogba’s contract which expires next summer.

“I know at times that is out of your hands, but as a football club you could sell that player before it gets to that stage.

“When you sell a player, or you let a player go because he’s asking for so much money as a teenager.

“I think Man Utd made their call on Paul Pogba as a person back then, they thought he was too much hard work.

“So to bring him back to the club after knowing what you know, I think that’s where the first mistake was.

“Sir Alex Ferguson doesn’t get many wrong and he allowed Pogba to leave. When you’re bringing him back for that sort of money you’ve got to be sure.

“For me, that was the wrong call. You’ve seen the way his antics have carried on, his management as well, you know there’s going to be problems.

“You look at any maverick player, if they’re doing the business week in week out you have to swallow that, that’s not the case with Paul Pogba. He’s gone missing far too much.”

This week Pogba has been linked with a £50m transfer to Paris Saint-Germain, though it is believed the French giants will need to sell some fringe players before they can complete any deal.