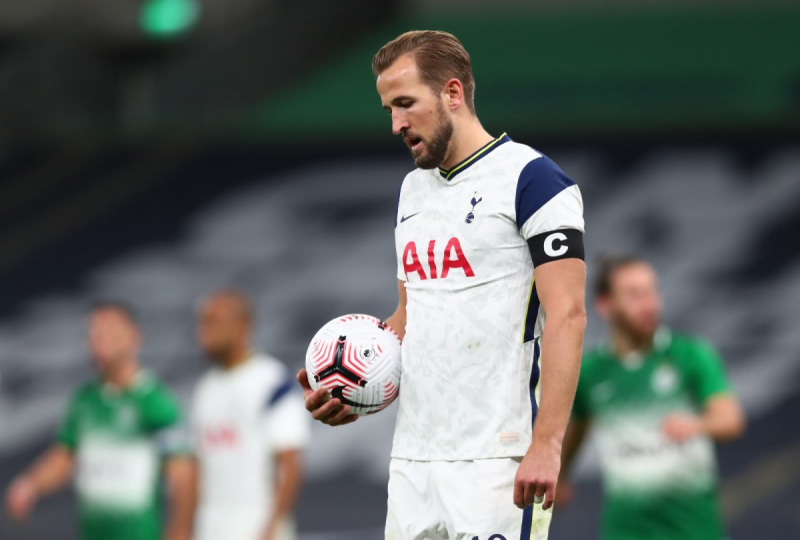 Harry Kane asked to leave Tottenham ahead of the European Championship, and should a departure happen, Spurs face the tough task of replacing their talisman.

The England international enjoyed continued excellence in the 2020/21 season, not only topping the goalscoring charts to earn another Golden Boot, but also recording the most assists in the Premier League.

In all competitions, he scored 33 goals and recorded 17 assists.

However, Kane, again had nothing to show for his efforts as Spurs failed to win a trophy and, crucially, failed to qualify for the Champions League.

He is one of the greatest goalscorers England has ever seen, but he is yet to win a major trophy in his career.

Kane’s desire for medals led to him asking to leave, which catalysed speculation about where he could go.

Manchester City and Manchester United are the two clubs leading the race for his signature, though so far they have been priced out of a deal as Tottenham are demanding in excess of £120 million.

There is the possibility that Kane will remain with Tottenham if chairman Daniel Levy stays firm on the valuation.

But, should he leave, Spurs will need someone to come in as his replacement.

Naturally, Tottenham fans will be demanding the fee received be reinvested in a striker for new head coach Nuno Espirito Santo.

In the long-term at least, they might already have a replacement in the form of 17-year-old Dane Scarlett.

The young wondered is viewed as one of the brightest prospects in England and received a glowing appraisal from Jose Mourinho last season.

“He is a diamond, a kid with incredible potential,” Mourinho told BT Sport.

“He has worked many times with the first team and that gives him a different personality. He is still 16, 17 soon [now 17] and I believe next season he will be a first-team squad player because he has a lot of talent.

“He is going to be a fantastic player and I hope everything around him goes well.”

The Portuguese boss even compared Scarlett to Marcus Rashford.

“He is a striker, a number nine, I have been playing him from the sides similar to Marcus Rashford and he is very clever,” he added.

Now, Tottenham will not ask a 17-year-old to come in as a ready-made replacement for Kane.

However, he is so highly thought of that Spurs have been tipped, as proven by Mourinho, to bring him into the first team set up next season permanently.

He is the second-youngest player ever to play in a senior match for Tottenham and also made his Premier League debut at the tail-end of last season against West Brom.

Spurs might not have a replacement for Kane, but they might have a new Kane on their hands.