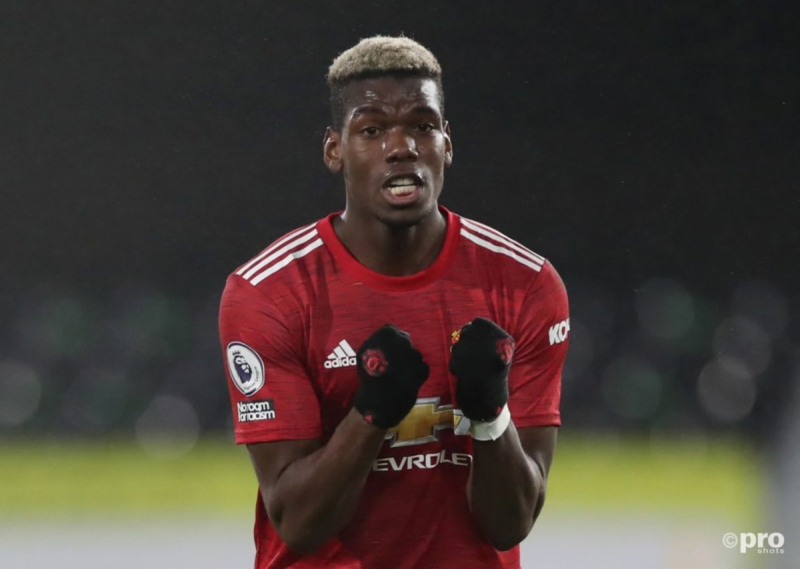 Manchester United are set to lose Paul Pogba this summer after the French star rejected a mammoth new contract offer from the club.

The Mirror is reporting that the 2018 World Cup winner knocked back a long-term, £350,000-a-week extension at Old Trafford and could be on his way out of the club.

United may either be resigned to losing him for free at the end of the season or could look to sell him this summer to avoid making a huge loss on their club record £89 million man.

PSG are believed to be the leading name in the chase for the 28-year-old should he leave United, and the club are reportedly putting a £50m price tag on their No.6.

Les Parisiens have already been very active in the early stages of the summer transfer window, with Georginio Wijnaldum, Sergio Ramos and Gianluigi Donnarumma all joining for free alongside big-money purchase Achraf Hakimi.

United on the other hand are still trying to get a deal for Raphael Varane over the line, but have signed Jadon Sancho, though his arrival from Borussia Dortmund has not yet been 100% confirmed.

Midfield has been a problem area for United in recent seasons, with inconsistent performances from the likes of Fred, Scott McTominay and even Pogba himself at times causing difficulties through the middle of the pitch.

To that end, Pogba ended up playing a fair amount of his Premier League minutes last season off the left hand-side, a position that seemed to suit his wish for freedom and creative control.

But with Sancho coming in, and Jesse Lingard looking to prove himself again after his loan spell at West Ham, that position wouldn’t appear to be available for Pogba.

Pogba will need to be replaced by Ole Gunnar Solskjaer

His signing would really affirm PSG as a contender for the Champions League, with the prospect of a midfield trio of him, Wijnaldum and recently crowned Euro 2020 winner Marco Verratti a rather frightening one.

With Neymar signed long-term and Kylian Mbappe set to stay for at least another year, Mauricio Pochettino and the club’s hierarchy will have their sights set on lofty targets this season.

From United’s point of view, this would end what has been a polarising five-year stint for Pogba up to this point. Whatever people’s opinions may be of him, he has proven his quality and been an important player for the Red Devils, and would need replacing if he were to walk out of Carrington for good.