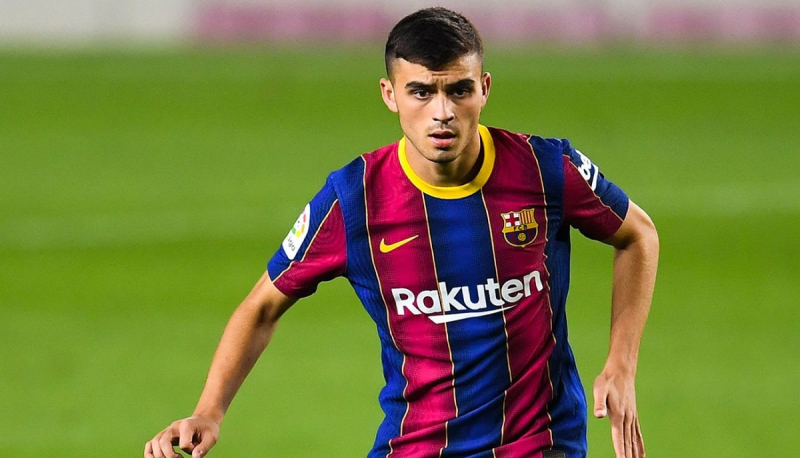 Barcelona have another future superstar on their hands in the form of 18-year-old midfielder Pedri.

Last summer Pedri officially became a Barcelona player, having agreed to join from Las Palmas for €6 million the previous September after starring in the Segunda Division.

The youngster has gone on not only to become a superstar of the future for the Blaugrana and Spain, but a star of the present, as he is now an undisputed starter for club and country despite his young age.

Former Real Betis and West Brom coach Pepe Mel can be credited as the first professional coach who saw Pedri’s obvious talent, awarding him a four-year contract at Las Palmas at the age of 16.

For him to be the national team’s best player at Euro 2020 just two years later should never simply be accepted as something that happens. It doesn’t. Pedris don’t appear on the landscape all that often, and when they do, they come ‘ready’.

For Barcelona to pick him up for an initial fee of €6m (including add-ons it could be triple that) feels like a hedged bet from their perspective, but he had enthralled arriving coach Ronald Koeman after just a single training session.

Soon after, when asked if Pedri reminded him of Xavi or Andres Iniesta, he said simply: “Yes, but where were Xavi and Iniesta at his age?”

Forward Alvaro Morata said something of his colleague you just don’t hear very often, and he said it in such a matter of fact way that his conclusion feels inevitable rather than mere speculation. He said: “You see Pedri, he plays and seems to be 40 years old.

“There are people and players who need a long time to manage emotions, manage pressure and become strong in some things and there are others who take it as standard.

“You cannot buy that, you can improve over time. The personality and attitude you have… there are few who have it. Hopefully he will be lucky with the injuries because he will undoubtedly be one of the best players in the history of Spain.”

Pedri has arguably became a victim of his own brilliance, as well as his own desire to play every minute possible.

Not only has he had a gruelling first season with Barcelona and then Euro 2020, but he is now taking part in the Olympic Games with La Roja.

Barcelona attempted to block his inclusion, but the Spanish FA insisted, and so Pedri will continue to play football this season – even as the new season approached.

Spain drew 0-0 with Egypt on Thursday and it was, incredibly, Pedri’s 66th game of the season for club and country.

Only two players have played more competitive minutes than the Spaniard this season in Man Utd’s Bruno Fernandes and Chelsea midfielder Mason Mount.

Both of these players are older than Pedri though, who is coming off just his first EVER season as a senior player.

In terms of the workload, it has been a baptism of fire.

Barcelona and Spain need to work together to make sure Pedri gets an adequate rest before the 2021/22 La Liga season, and crucially ensure that he is not asked to play so much again.

This campaign has indeed been an anomaly due to the Olympics taking place a few weeks after the European Championship, but that isn’t Pedri’s fault.

The Blaugrana can take some solace from the fact that he isn’t showing signs of burnout, yet, but while he still develops he needs to be allowed to do so without the pressure and minutes at one of the biggest clubs in the world and one of the most elite nations.