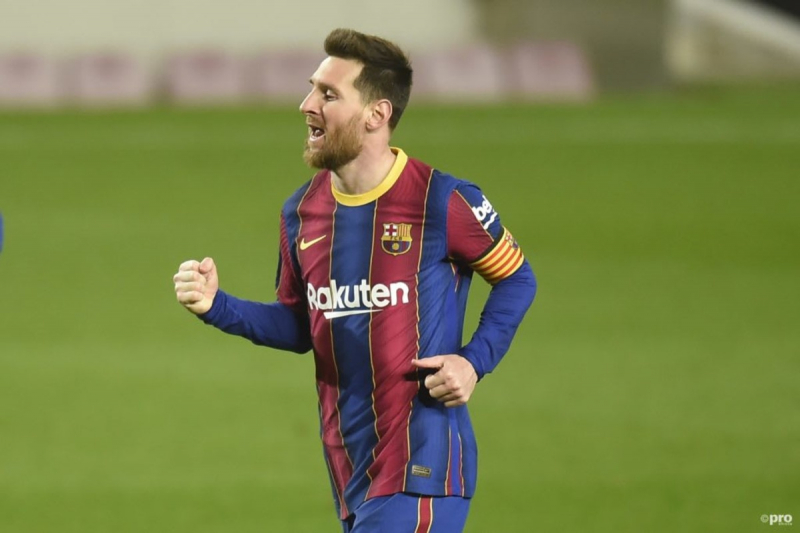 Lionel Messi will sign a new-five year contract with Barcelona on significantly reduced wages, according to reports from Spain.

The Argentine is currently a free agent for the first time in his career after leaving the Blaugrana on 30 June when his contract expired.

Messi has never played for another club at senior level and at the moment as the opportunity to speak to other teams about a potential free transfer.

However, even though is officially not a Barcelona player, the Catalan side have been working tirelessly to bring him back on a new deal, with president Joan Laporta needing to balance the books before Messi can return.

At the moment the club is in a terrible state financially with over €1.2 billion in debt, with extravagant spending on transfer fees and wages crippling the finances – in addition to revenue lost during the pandemic.

With La Liga implementing a wage cap, Barcelona must reduce their wages by at least £200m a year in order to meet the requirements.

At the moment, they are not able to register Messi or any one of their new signings including Sergio Aguero, Memphis Depay and Eric Garcia.

The situation with Messi has now changed, however, as according to Catalan newspaper L’Esportiu, the Argentine superstar will accept a 50% wage cut which would allow him to be registered, as it was his previous exorbitant wage packet which has kept him from doing so following his previous contract expiry.

Messi is currently 34 years old which means his five-year deal would take him to his 39th birthday.

Messi set to sign a five-year deal with Barcelona-

However, he is not expected to be still playing for Barcelona by then.

Rather, he would still be contracted as an ambassador to the club while he finishes out his playing career in Major League Soccer which has been a career target for some time.

Was Messi ever going to join another team?

Over the last couple of seasons, Messi has become disillusioned with life at Camp Nou both on and off the pitch.

Despite his continued excellence – he has scored 69 goals and recorded 36 assists in those two seasons – the only thing he has to show for it at club level is one Copa del Rey triumph in 2020/21.

When Barcelona were embarrassingly knocked out of the Champions League in an 8-2 defeat by Bayern Munich last summer, Messi subsequently asked to leave the club for the first time in his career.

Messi pointed to a clause in his contract allowing him to leave for free, but president Josep Maria Bartomeu refused.

This would further fracture Messi’s relationship with the club and Bartomeu in particular, whom he accused of lying.

During the next season it seemed like he could actually leave the following summer, with Manchester City and PSG leading the race for his signature.

But, things calmed down under Ronald Koeman, and talk of an exit softened particularly after Bartomeu was replaced by Laporta.

The acquisition of compatriot and friend Aguero this summer would also have helped convince Messi to stay.

At the moment, he is currently on holiday with his family following his Copa America triumph with Argentina.