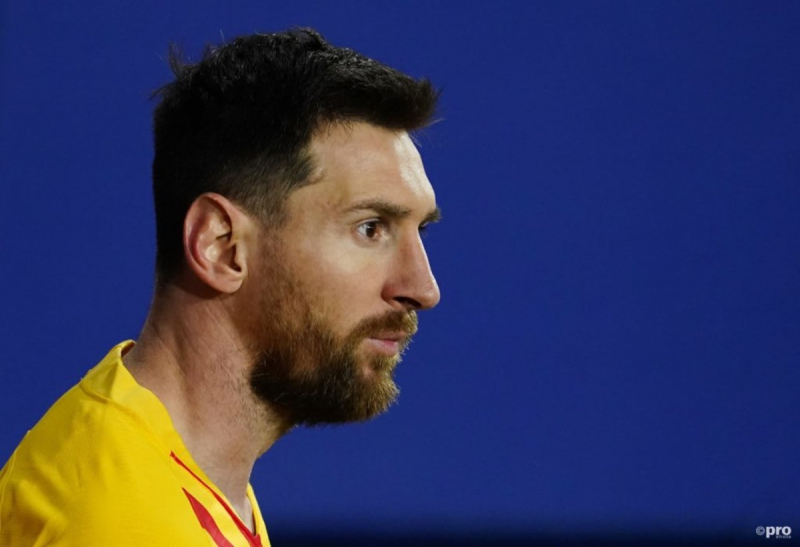 Messi is currently a free agent for the first time in his career after leaving the Blaugrana on 30 June when his contract expired.

Messi has never played for another club at senior level and at the moment has the opportunity to speak to other teams about a potential free transfer.

However, even though he is officially not a Barcelona player, the Catalan side have been working tirelessly to bring him back on a new deal, with president Laporta needing to balance the books before Messi can return.

At the moment the club is in a terrible state financially with over €1.2 billion in debt, with extravagant spending on transfer fees and wages crippling the finances – in addition to revenue lost during the pandemic.

With La Liga implementing a wage cap, Barcelona must reduce their wages by at least £200m a year in order to meet the requirements.

At the moment, they are not able to register Messi or any one of their new signings including Sergio Aguero, Memphis Depay and Eric Garcia.

That could all change though if they successfully swap Antoine Griezmann with Atletico Madrid’s Saul Niguez, as the departure of the Frenchman would help ease the financial pressure and allow, at the very least, Messi to return.

Barcelona fans face an anxious wait to see whether their greatest ever player will don the shirt again.

But, Laporta has some words of comfort for the Camp Nou faithful.

What did Laporta say about Messi?

“Messi? The message is tranquillity and patience,” he told Mundo Deportivo.

“At times, you have to play the game of marbles. All will be well.

“The professionals are doing a good job. We are very satisfied with how everything is progressing, but you already know that it’s a special market that requires patience and skill.

“But I believe that we we will be able to give good news as the summer advances.”

Messi only has one Copa del Rey title to show for his efforts at club level over the past two seasons.

Messi? The message is tranquillity and patience- Joan Laporta

However, he has enjoyed the most successful summer of his career as he is coming off a Copa America win with Argentina which is his first victory in a major international tournament.

At the moment, he is holidaying in Miami with his family as Barcelona work out his new deal.

Messi is set to sign a five-year deal to return on 50% of the wages he earned on his previous contract.