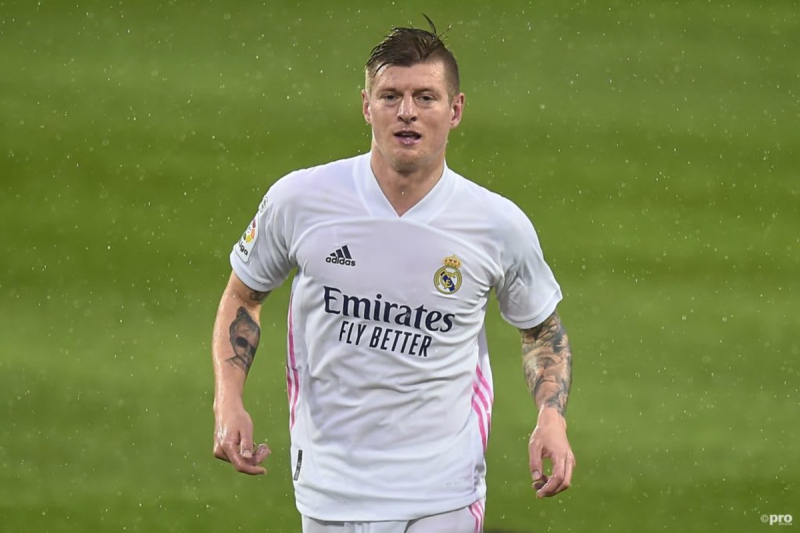 Toni Kroos has received further criticism from one of his German compatriots, this time coming from legendary midfielder Lothar Matthaus.

The Real Madrid midfielder was excellent again for Los Blancos last season, but was unable to bring his form to the international stage with Germany at Euro 2020.

Like Germany as a whole, Kroos disappointed as Germany were eventually eliminated at the last 16 stage by eventual finalists, England.

Matthaus believes Kroos is no longer good enough to play at an international level, and admits he is not a fan of his style of play in general.

“Kroos is no longer international class,” he told Kicker.

“Personally, I have nothing against Toni Kroos, but I don’t agree with the way he plays.

“At the Euros, you saw that it’s not just about the speed of the player, but also that of the ball.

“He actually does that quite well with one or two touches, but when he passes the ball, he loses speed again because there is hardly any gain in space and the pace is taken off.”

“He sees himself better than I rate him. I have missed the passion, the fire and the vertical passes.

“All the contact with the ball does not help, it is nice to see him, but it is not effective. His low passes and his long centres are like his hairstyle: nice and clean, totally correct.”

After the Euro 2020 elimination, Kroos announced his retirement from international football at the age of just 31.

The game against England led to criticism from Bayern Munich president Uli Hoeness.

“I like Kroos, he showed world-class performances in the past, but his way of playing is completely done. He no longer fits with today’s football,” he said.

“We are 1-0 down against England in the last quarter of an hour, Kroos no longer crossed the halfway line. He played sideways, then sideways again, until the opposing defence had organised themselves.”

It could be argued that the negativity towards Kroos is slightly over the top considering he has won nearly every possible there is to win with club and country.

A European Championship victory may have eluded him, but he has won multiple Champions League titles and multiple La Liga titles with Real Madrid, while in 2014 he was a key member of Germany’s World Cup-winning squad.