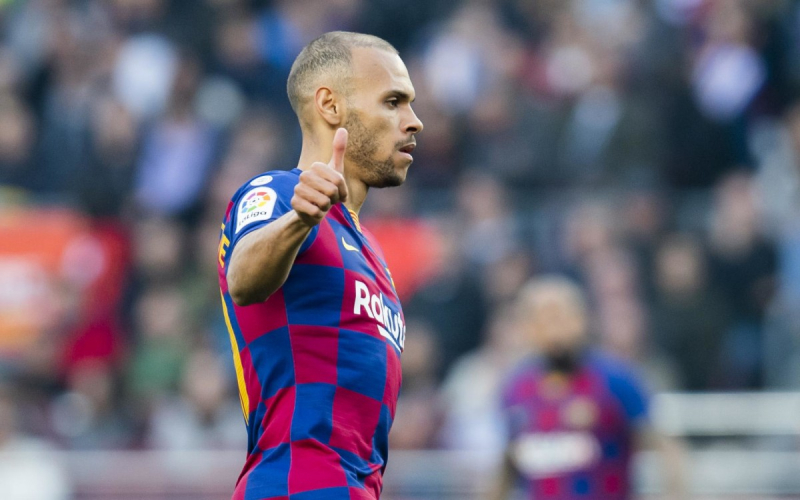 The agent of Martin Braithwaite has completely denied any reports linking the Barcelona striker with a move to Wolves this summer.

The Denmark international was linked with a number of clubs over the past month or so following his impressive performances at Euro 2020.

Coupled with the Catalan club’s financial woes, reports in England suggested that the 30-year-old striker could be up for sale and was then eventually linked with a move to Wolves.

However, despite the links suggesting the Premier League side were on the cusp of signing Braithwaite, the player’s agent has quickly come out to dismiss any notion of a move and believes the striker will be staying at Barcelona next season.

‘It’s a waste of time for everyone’

“Jorge Mendes has nothing to do with Martin Braithwaite, it’s false like all the other reports. Jorge Mendes does not have players at Barcelona,” said the player’s agent, Hasan Cetinkaya, in an interview with Danish newspaper BT.

“He can concentrate on Wolves, but I take care of my players at Barcelona. Why should Martin Braithwaite move to Wolverhampton, and why should an agent who has no players in Barcelona try to bring my player to Wolverhampton, even though I know Jorge Mendes has good connections with clubs like Wolverhampton? It’s a waste of time for everyone.

“Martin Braithwaite plays for the biggest club in the world, he works with one of the most important coaches in the world. From day one until now, everything has exceeded all expectations in terms of playing time in Barcelona and feeling well at the club, and he is very happy.

“He was one of the best players of the last European Championship with incredible statistics, and he will continue in Barcelona.”