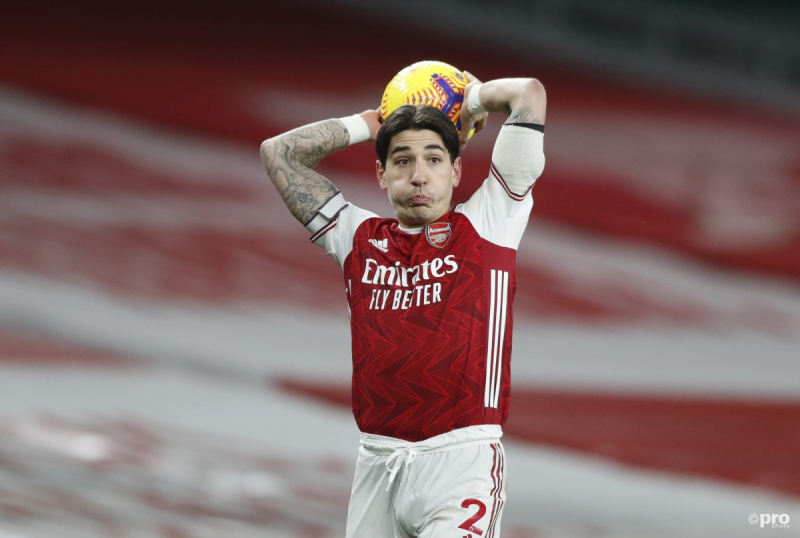 Arsenal have been linked with a number of potential moves to the club but only one story that revolves around a player leaving persists and that’s to do with Hector Bellerin.

Whether he has ambitions of moving back to Spain or has apparently fallen out with Arsenal manager Mikel Arteta, the English media seem convinced that the right-back will be off this summer.

A recent report in the Sun, for example, suggested that Inter were exceptionally keen on signing Bellerin in the coming months as a replacement to Achraf Hakimi, who joined Paris Saint-Germain last month.

However, Inter aren’t the only club that have been offered as a possible destination for Bellerin this summer. In the past few months Juventus, Atletico Madrid and Bayern Munich have all joined the list of reported admirers.

So if Arsenal are so keen on selling Bellerin for one reason or another, how much could they end up making from his sale?

Figuring out Bellerin’s value in the market

Since we can’t make any assumptions about whether Bellerin is demanding to move or whether Arteta wants to sell him, the next most important factor to consider is the player’s contract situation.

Bellerin still has two years left on his Arsenal contract, which means the club can essentially demand their own price for the player this summer. And that should mean he doesn’t leave on the cheap.

Secondly, Bellerin is a player that has proven his worth in the Premier League over numerous seasons and at 26 years of age, he’s still to reach his peak as a full-back. Which should also push up his price.

Does Willian have a future at Arsenal?

Potential transfer fees for Bellerin have varied wildly in recent reports, varying from just €17.5 million up to €25 million depending on the potential buyer and the publication reporting the story.

According to our own value of the player, Arsenal should be looking to earn around €22.5 million from Bellerin if they do decide to sell him this summer. Which makes sense, since it seems to sit in the middle of some of the quoted figures.