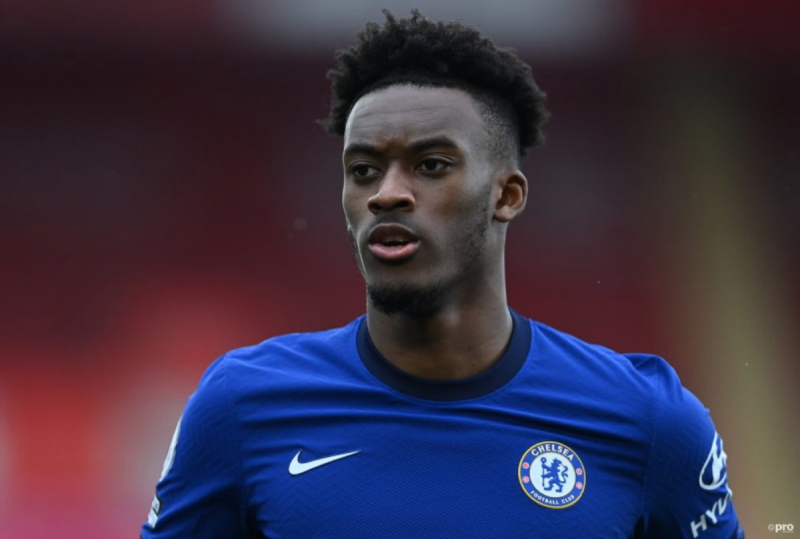 Few transfer sagas are set to rumble on as much as Chelsea’s reported interest in Borussia Dortmund striker Erling Haaland.

Despite being linked with a move to Barcelona or Real Madrid, it seems as though the Norway international is more likely to end up in London if Chelsea get their way.

Reports in England have suggested that the Stamford Bridge side are preparing a bid of nearly €170 million for the striker, with club owner Roman Abramovich supposedly willing to personally finance the transfer.

However, in Germany, the media believe Chelsea may be more interested in making full use of the stars that are struggling to get game time under Thomas Tuchel.

According to Sky Germany, Chelsea are prepared to trade either striker Tammy Abraham or winger Callum Hudson-Odoi, along with a sizable sum of money for the Dortmund striker.

Yet while that may seem like it makes a lot of sense, some Chelsea fans may be wondering why their young stars – particularly Hudson-Odoi – have been completely shunned and are now no more than counterweights in transfer negotiations.

Why are Chelsea trying to sell Hudson-Odoi?

After quickly making his way through the club’s youth teams, Hudson-Odoi was welcomed into the Chelsea first team by manager Maurizio Sarri ahead of the 2018/19 season.

That debut season was an impressive one for the young winger, as he made no less than 29 appearances for the Premier League side in all competitions and bagged six goals and seven assists along the way.

The following season proved to be just as fruitful, as he made 35 appearances and picked up four goals and seven assists in all competitions. And last season saw Hudson-Odoi pick up five goals and five assists in 37 games for the club.

Is Erling Haaland worth £170 million?

While that’s not bad by any stretch, the issue for the winger is that it isn’t exactly outstanding either and while Hudson-Odoi is still very young, he still hasn’t managed to break into the Chelsea team and nail down a regular starting role despite his best efforts over three seasons.

As such, while the winger is still an enticing prospect, it doesn’t seem as though Chelsea are all that confident in him pushing on and becoming a key player for them in the coming years. Which is perhaps why they’d be more than happy to see him move to Dortmund in exchange for Haaland.