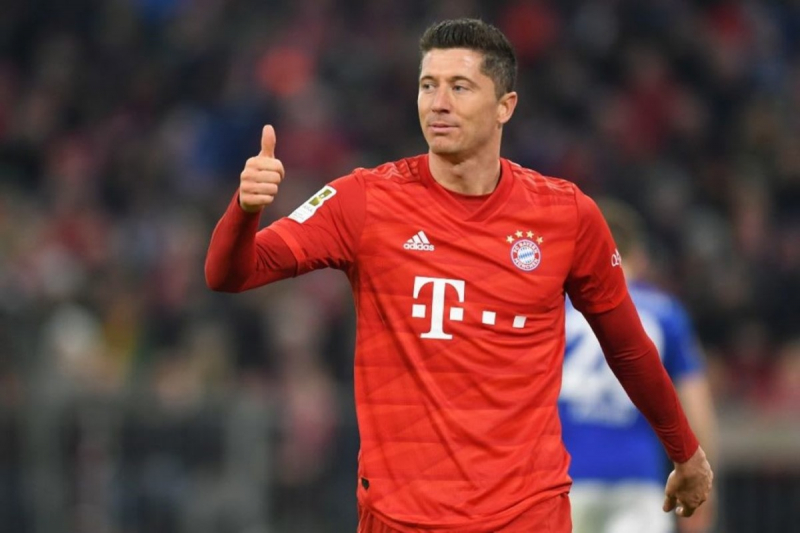 Chelsea could have identified an alternative to Erling Haaland in the form of Bayern Munich star Robert Lewandowski.

A new centre-forward has emerged as priority for Thomas Tuchel this summer as the German boss does not have full confidence in any of his current options to consistently lead the line at Stamford Bridge and tally up the goals.

Giroud has now left for Milan, Abraham’s future is up in the other, while the other trio are preferred in the more withdrawn roles just behind the striker.

Haaland is the number one target, though Chelsea have been unable to agree with Dortmund so far, with the German against reluctant to let the Norwegian go having already sold Jadon Sancho to Dortmund.

According to The Sun, they are preparing a £50 million bid for Lewandowski if they cannot secure Haaland.

The Poland international has been the best centre-forward in the world over the past two seasons and in the 2020/21 campaign broke the record for the most goals scored in a single Bundesliga season – a record previously held by legend Gerd Muller.

In all competitions last campaign, he scored 48 goals and recorded nine assists.

It remains to be seen whether the reports from the British press are to be believed, but if Chelsea do secure Lewandowski they will have a truly formidable forward line. 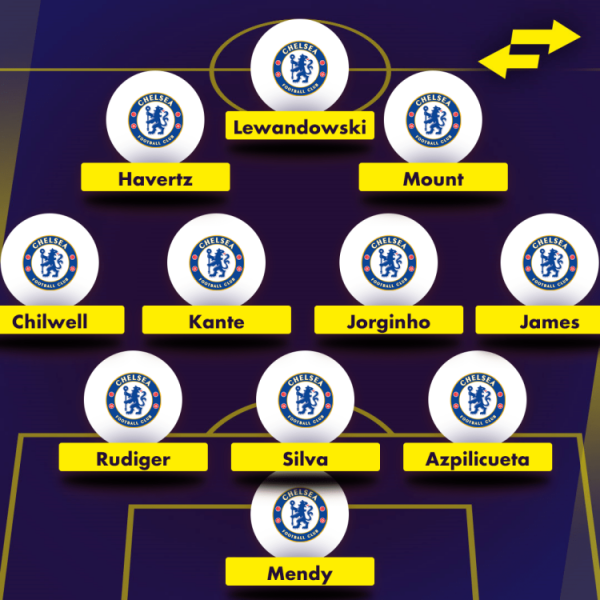 Edouard Mendy was signed to replace the underperforming Kepa Arrizabalaga.

The 29-year-old has arguably exceeded expectations since his summer move a year ago, as although Chelsea were allegedly in the market for Gianluigi Donnarumma, they will not be particularly upset at missing out on the Italian.

Cesar Azpiliceta, Thiago Silva and Antonio Rudiger should keep their sports for now, though Andreas Christensen and Kurt Zouma will be involved plenty.

With Achraf Hakimi joining PSG instead of Chelsea, Reece James will likely be the first choice at right wing-back.

Ben Chilwell will likely be the preferred option ahead of Marcos Alonso on the other side.

In the middle, Jorginho will partner N’Golo Kante, with Mateo Kovacic available in reserve.

It is in the final third where Chelsea are blessed with numerous options, which will only improve with the acquisition of Lewandowski.

Should be be signed, there will be a plethora of players vying for the two spots behind the striker.

Mason Mount, Kai Havertz, Christian Pulisic, Hakim Ziyech, Callum Hudson-Odoi and Timo Werner will all need to fight it out.