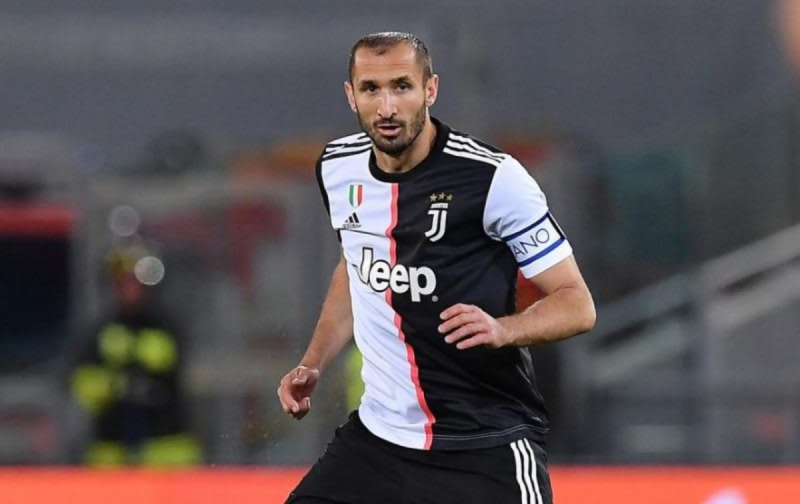 Giorgio Chiellini is fresh off a fantastic European Championship in which he led by example to help Italy to a victory in the final over England.

The 36-year-old was superb throughout the tournament and even recovered from an injury mid-competition to return to the centre of defence, once again forming a formidable partnership with Leonardo Bonucci.

Chiellini is actually currently a free agent as his contract at Juventus expired on 30 June during the tournament.

The Italian had been locked in talks over a new contract but no terms were agreed before he left to join the Azzurri squad.

He may be getting on in years, but his performance at Euro 2020 showed that he is undisputedly still one of the best central defenders around.

Who could snap him up?

The most likely scenario at the moment appears to be signing on again with Juventus, though according to Chiellini’s agent there have been no talks yet.

“Giorgio went to the Euros and focused exclusively on that. There’s no problem with Juventus, we said we’d meet up later in the summer, but we haven’t yet sat down to discuss a renewal.”

Chiellini is a legendary figure at the Allianz Stadium, having been with the club since 2004.

It appears that the Italian is waiting for Juventus to commence renewal talks.

In the same interview, Lippi was asked about his client moving to another European juggernaut. He said:

“They’d have to make the offer first. As of today, there is nobody. We are waiting for Juventus to tell us when we can sit down and have a chat.”

One club that would certainly represent an interesting proposition for Chiellini is Real Madrid.

Los Blancos are currently short at the back following the departure of Sergio Ramos to PSG, while Raphael Varane has been strongly linked with Manchester United.

David Alaba has been brought in already, but bringing in Chiellini for free due to his wealth of experience is an avenue the Spanish giants could look at.

One European giant who are definitely on the lookout for a new central defender is Man Utd.

Ole Gunnar Solskjaer does not fully trust Victor Lindelof or Eric Bailly and has been searching for a partner for Harry Maguire.

A younger defender is desired, but Man Utd could do a lot worse than signing Chiellini for a season or two as not only would he provide a significant upgrade on their current options, but he would be the perfect partner for Maguire to learn next to.

This one is highly unlikely as Arsenal are not in the Champions League, but it is not outwith the realms of possibility that the Gunners offer Chiellini significant wages – as well as the opportunity to play in the Premier League.

After being portrayed as the pantomime villain for England fans following Euro 2020, would you really put it past him wanting to ply his trade in front of the English fans again at club level?

Another unlikely scenario due to Chiellini’s clear loyalty to Juventus.

However, the presence of Jose Mourinho as Roma head coach is a factor that makes this a lot more possible than it would have been previously.

Mourinho is a massive fan of the Italian, saying after the England game:

“He knows what he is doing. This is a top defender and a very clever guy. I played Juventus with Manchester United a couple of seasons ago, and after the game at Old Trafford, I said something like: ‘These two guys [Chiellini and Bonucci] should go to University of Sports and give lectures on how to be a central defender.