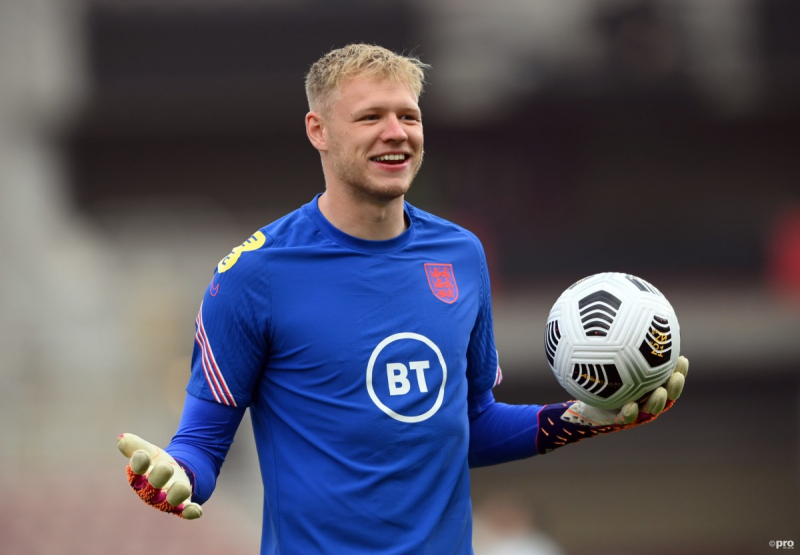 Aaron Ramsdale is the player that Arsenal have targeted to bring competition for Bernd Leno in goal.

Having sold Emi Martinez to Aston Villa a year ago, the Gunners responded by signing Alex Runarsson from Dijon, who was ultimately deemed inadequate, and then Maty Ryan from Brighton on loan.

READ MORE: Who is the world’s most valuable player?

Ryan’s loan was not made permanent, with the Australia international instead going to Real Sociedad in Spain, leaving Arsenal without a suitable alternative to the German.

According to The Times, Arsenal have pinpointed Ramsdale as the man they want.

Twice the Gunners have had offers for the England Euro 2020 squad member rebuffed, with the Championship side instructing Mikel Arteta’s men to stump up £32 million for the 23-year-old just a year after they added him for £18.5m from Bournemouth.

If Arsenal agreed to this fee, it would make Ramsdale the fifth most expensive goalkeeper of all time.

The list of goalkeepers he would trail is an illustrious one, including Gianluigi Buffon, who moved from Parma to Juventus in 2001 for €52m (£32.6m) – a path he recently took in the opposite direction.

The other three goalkeepers are all currently playing in the Premier League, with Ederson (£35m), Alisson (£65m) and Kepa (£72m) leading the list.

Is Aaron Ramsdale worth £32m?

According to FootballTransfers’ algorithm, Ramsdale is worth only £11m (€12.9m) – almost a third of the price that Sheffield United are reportedly asking for their No.1.

In world terms, he is seen as the 37th most valuable keeper in the game.

How is FootballTransfers’ valuation calculated?

Aaron Ramsdale’s FootballTransfers valuation has been calculated using an algorithm that is powered by a variety of factors that include both the player’s on-field performance and those circumstances surrounding him away from the park, too.

Primarily, the transfer fee is calculated by the player’s ability. He is given a rating that is generated by using a massive array of data points. Along with the player’s age, this also helps to calculate the player’s future potential, too.

Furthermore, external circumstances are taken into account. In Ramsdale’s case, his young age plus a contract that runs through until 2024 pushes his value up. Sheffield United are under little contractual pressure to sell him, though relegation to the Championship at the end of last season has the opposite effect.

If he were to move to Arsenal, his value would likely bump up significantly, though probably not to £32m.